It is difficult to summarize the tourist experience in India. Each of its 28 states and 7 union territories has a unique culture and flavour which can take a lifetime to explore. India has it all – mountains, beaches, forests, deserts, remote villages, thumping metropolitans, a deep and an ancient historical background which contrasts starkly with the very modern that coexist cohesively, a plethora of religions and languages, and then some more! Each part of the country has a unique regional identity, each very different from the next. It’s so large and diverse that it’s safe to assume that even Indians would find it hard to explore it all.

However, if you decide to dedicate some of your time to explore this beautiful culture, we suggest you split your adventures into four trips, depending on regions. This would be your ideal itinerary to experience North India:

Start your tour with Old Delhi. Mughal architecture continues to stand tall and The Jama Masjid, Red Fort and the bustling market of Chandni Chowk are fascinating. Another Mughal masterpiece that should not be missed is Humayun’s Tomb. Modern monuments from the English rule and subsequent independence struggle like Rasthrapati Bhawan and India Gate too are worth a visit. For shopping, markets like Janpat for trinkets and handicrafts and Hauz Khas Village are a favourite amongst tourists and malls like Emporio are the ‘it’ destination for high end designer wear. If you have time for more, (though highly unlikely) there is also the Tughlaqabad Fort as well as Qutub Minar. However, make sure you squeeze in at least one Mughali meal.

Soak in the Indian regal experience by spending the day on Lake Pichola. Most of the palaces around this spectacular Lake have been converted into hotels and museums. Without fail, take the ferry to Lake Palace which sits pretty in the middle of the lake and have a meal there. We suggest you take a few moments to soak in the ambiance and richness of the location. Other than that, check out the City Palace museum, Sahelion-ki-Bari gardens, the Jagdish temple and local folk Museum. 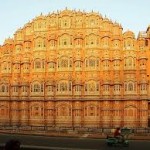 The capital of the most regal state in India, Jaipur still reeks of the olden days of regal glory. The places to see here include the magnificently grand Amber Fort, the City Palace, Jantar Mantar and the Hawa Mahal. Outside the Hawa Mahal is the Johari market where one can purchase authentic Rajasthani handicrafts, silver trinkets, beautiful Rajasthani fabrics and the lac bangles this region is known for. 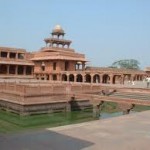 On the outskirts of Agra is Fatehpur Sikri, which was for a short while, Emperor Akbar’s capital. It is one of the most fabulous relics of the Mughal era and if you find the right guide, you can spend the better part of a day just exploring and soaking in the fort. When you reach Agra obvious must-see is the majestic Taj Mahal. The city itself is a world of contrasting edifices and retains an old-world Mughal flavour. Do venture out to explore it. 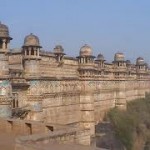 In this ancient city, monuments, temples, museums and cultural traditions alike come to life. The Gwalior Fort that sits on a steep mass of sandstone is glorious and along with the Man Mandir Palace, Gujari Mahal, Saas Bahu ka Mandir and the Jai Vilas Palace which has been converted into a spectacular museum documenting the lives of the royal family of Gwalior provide a great sense of history to all visitors. In fact, it is interesting to note that the architecture found here is rare and dates back to the golden period of Hindu reign (the Gupta dynasty). 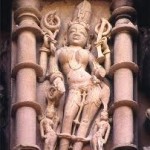 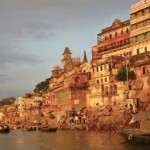 Situated picturesquely on the banks of the holy Ganga River, Varanasi is one of the most ancient cities in India that is still thriving. It is also the centre for ancient Indian learning and has a deeply seated religious vibe. The ghats or steps at the banks of the holy river is the forefront for most religious activities for Hindus and it is said that immersing yourself in the Ganga’s holy waters washes away all your sins. The Sarnath Temple, a mere 5 miles outside the city is one of the holiest sites in Buddhism and is said to be where Buddha preached his first sermon in 590 BC. Spend two days delving into the spiritual experience of Varanasi and head back to Delhi.

(Varanasi and Delhi are approximately 1hr 20min apart by Air)