One of the most widely celebrated festivals in Northern India, especially Rajasthan, Teej is a Hindu festival for women and involves swings suspended from trees, mehendi (henna tattoos) and traditional song and dance. 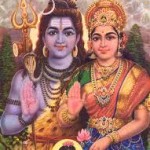 The celebrations for Teej originated with an age-old legend of Goddess Parvati about how she was reunited with her consort Lord Shiva on this day after intense tapasya or penance of 108 births on earth. It was only after her 108th birth did Shiva acknowledge her devotion for him and accept her as his wife. It was then that the Goddess is said to have proclaimed the moment to be extremely auspicious for womenfolk and declared that if women invoked her on this day, they would be blessed with a happily married life and whatever one desires.

Teej is celebrated with much fanfare in Jaipur. Traditionally, women would dress in new clothes, usually in bridal colours of red, yellow and green, and perform folk dances and songs about teej while swaying on swings decked with flowers. In modern days, the women dressed in fine clothes and adorned with jewellery gather at the nearby temple and offer prayers to Goddess Parvati for the well being of their husband. During the  festival, women observe the nirjala vrat and spend three sleepless nights, symbolic of Parvati’s penance. 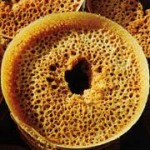 Teej is one of those times in the year when the markets of Jaipur are laden with the trendiest of accessories and clothes for women and sweet shops do great business in ghewar and malpuas.

Teej fairs are held in many cities in Rajasthan but the most impressive is in the Capital, Jaipur. There are numerous stalls showcasing the culture of Rajasthan – clothing, costume jewellery, handicrafts et al. 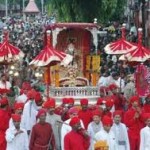 If that’s not enough, the Teej procession in Jaipur is grand and attracts both domestic and international tourists, the high point being the magnificent idol of Parvarti in a palanquin paraded across the city. The procession goes on for two consecutive days and is attended by thousands of devotees. Antique palanquins made of gold, bullock carts pulling cannons, chariots, elaborately adorned elephants, camels, band and folk dancers add glitz and glamour to the event. Some of the devotees dress like the Gods and Goddesses and play various instruments and prasad is distributed amongst all devotees.