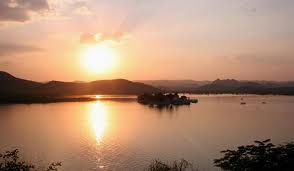 In India, when you think of tourism, Rajasthan is the first word which strikes the mind. Southern Rajasthan is the most colourful place in India and its grandeur markedly stands apart. There is no dearth of tourist places in Rajasthan. The landscape of the largest state in India is dotted by magnificent temples, splendid forts, majestic palaces, wavy sand dunes, and serene lakes. This is complemented by the stately Aravallis which run through a large part of Rajasthan. Add to this the delectable cuisine of Rajasthan, its enchanting culture and the heartwarming hospitality of the people and you get a perfect recipe for perfect tourism. For the convenience of travellers, there are a number of excellent resorts in Rajasthan which offer luxurious living along with a bouquet of world class facilities. The resorts in Mt. Abu area are considered as some of the best resorts in state.

The southern part of Rajasthan is no less than its eastern and northern counterparts when it comes to attracting tourists. Udaipur and Chittorgarh are the two big ticket tourist destinations in southern Rajasthan. Nicknamed as the ‘Lake City’, Udaipur is a tourist’s dream come true. It makes for an excellent weekend getaway for anyone and everyone who works hard during the weekdays and yearns for some relaxation during the weekend. Udaipur has also become the favourite marriage destination of people around the world. Many celebrities, including film stars, business families, and politicians have tied the nuptial knot in Udaipur.

Let’s take a look at some of the prominent tourist attractions in and around Udaipur: 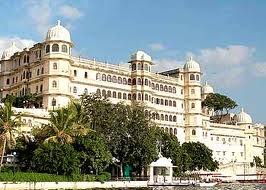 ‘City Palace’ is a series of elegant palaces standing on the eastern bank of Lake Pichola. They date back to the 16th century. The balconies of the palace provide panoramic views of the Jag Mandir on one site and the city of Udaipur on the other. This makes for a spectacular experience for the tourists who are instantly awestruck by the opulence of the city and its architecture.

This fairy-tale castle is perched atop a mountain range and tourists flock to it for breathtaking sunrise and sunset views. The palace was originally an astronomy centre. It is now owned by the Government of Rajasthan and is open to the public.

The Jagdish Temple is a huge Hindu temple right in the middle of Udaipur. Built by Maharana Jagat Singh I in 1651 AD, the temple is an architectural marvel. It is a brilliant example of Indo-Aryan architecture. It is one of the major tourist attractions in the city and one can also find Rajasthani dresses and paintings here.

Located between Jodhpur and Udaipur, in a valley on the western side of the Aravalli range, Ranakpur is home to some of the most illustrious Jain temples. Over 1400 marble pillar support the Jain Temple. There is also a small Sun temple which is managed by the Udaipur royal family trust. The Ranakpur Hill Resort which is located very near to the temples offers a captivating view of the mountains and rugged countryside. The resort provides for a welcome getaway from the din and bustle of the fast-paced city life. 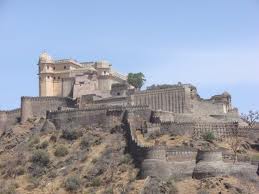 A Mewar fortress in the Rajsamand district, Kumbalgarh is situated 82 kilometers towards northeast of Udaipur. Constructed in 16th century AD by Rana Kumbha, the fort stands majestically on a hilltop. From top of the fort one envision the historic boundaries of Mewar-Marwar and gives panoramic view of the countryside. A visit to the nearby Kumbalgarh Wildlife Sanctuary is a must makes for another thrilling experience.  There are several good resorts in Kumbalgarh for the convenience of tourists.

Southern Rajasthan is always calling out loud for an experience of a lifetime. This weekend, pack your bags and head to Southern Rajashtan. It will be “a weekend to remember.”