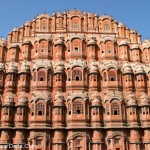 The capital city of Rajasthan has a lot to offer. From luxurious hotels, awe-inspiring forts, museums that take you back in time and bustling markets it has it all. Located in the semi-desert lands of Rajasthan, the very structure of Jaipur resembles the tastes of the Rajputs and the Royal families. The hilltop Amber fort, Hawa Mahal in the city centre, Rambagh palace, Nahargarh fort, Jaigarh fort, City palace, Jantar Mantar are just a few of Jaipur’s many attractions. 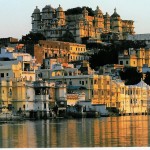 The capital of the former kingdom of Mewar, Udaipur is known as the City of Lakes. The foreign tourist also knows it as the “Venice of the East”. It is a hot spot thanks to its Rajput-era palaces. The most famous is Jag Niwas built on an island within Lake Pichola. Other famed palaces are Shiv Niwas and Fateh Prakash Palace which have been converted into heritage hotels. The City Palace, Monsoon Palace, Jagdish Temple, Saheliyon-ki-bari etc provide plenty fodder for site-seeing. 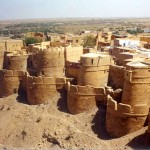 Imagine a medieval mud fortress in the middle of the Thar Desert surrounded by a desolately empty landscape of golden-yellow stand stone. This is Jaiselmer, a Rajput dynasty capital founded in 1156. The fortress houses the palace and several ornate Jain temple. The temples are dedicated to the 16th and 24th Tirthankars and are a reservoir for rare manuscripts and artefacts of Jain tradition. Even the havelis in the township are artistically built. The camel safaris and camel skin products are famous too. 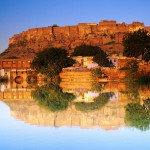 Jodhpur’s biggest draw is the Mehrangarh fort which is one of the largest forts in India and situated 400 feet above the city. Enclosed within the thick walls are several palaces known for intricate carvings and expansive courtyards. The museum at Mehrangarh is one of the best stocked in Rajasthan with royal palanquins, arms, costumes, paintings and decorated period rooms on display. With its central location, Jodhpur is a convenient base for tourists and Handicrafts made here have also always been in great demand. 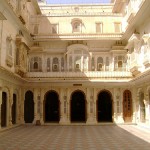 The area known has Bikaner today is historically significant as it was considered the oasis en route the Central Asia – Coastal Gujarat trade link. The history of “Bikaner” as we know it however began in 1478. Bikaner has many attractions like the Laxmi Niwas Palace, Junagarh Palace, Lalgarh Palace and temples like Moolnayaki, Laxmi Nath and Bhanasar Jain temple. The Camel Festival held every January is also brings in huge crowds. 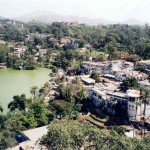 The only hill station in Rajasthan, Mt. Abu is 1220 meters above sea level. It is also the highest peak in the Aravali Range. In contrast to the often barren landscape of the desert, Mt. Abu has rivers, waterfalls and evergreen forests. The 14th century Achalgarh fort built by Rana Kumbha, Nakki Lake and the myriad Jain and Hindu temples provide just enough sightseeing for a laid back holiday. Mt. Abu has been a favourite retreat from the heat of Rajasthan and neighbouring Gujarat for centuries and the resorts in Mt. Abu are gorgeous. 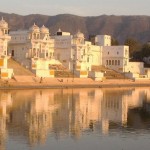 Known as the Tirth Raj or the King of all pilgrimage sites, Pushkar is one of the 5 dhams or main pilgrimage sites for Hindu devotees. It is believed that a pilgrimage to Pushkar after visiting the other dhams is essential for salvation. Pushkar Lake has 52 ghats for people to bathe in the sacred water. The camel festival of Pushkar celebrated for 5 days till the full moon of the Kartik month (Nov-Dec) has garnered the interest of the foreign traveller too. The festivities commence with a camel race with music, dance and exhibitions to follow. 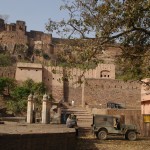 The Ranthambore fort stands 700 feet above the surrounding plain which is now known as the Ranthambore National Park. The plains were earlier the hunting ground for the Maharajas of Jaipur and were declared a part of “Project Tiger” in 1973. The fort hosts ancient Jain and Hindu temples, some made of red karauli stone. The park hosts animals like the tiger, leopard, nilgai, dhole, wild boar, sambar, hyena, sloth bear, and chital. It is also the site for one of the largest Banyan trees in India. 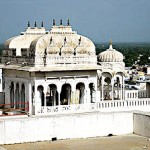 The holy town of Nathdwara is famous for its temple dedicated to Lord Krishna. The name of the town literally translates to ‘A Pathway to Lord Shri Krishna’. Hindu devotees throng the temple in huge numbers to witness the grand aarti (prayers) and shringar (the dressing and beautifying of Lord Krishna’s idol). Apart from the temple, shopping for art in the by-lanes of Nathdwara is a treat. The famous Pichwai paintings are said to have originated here. 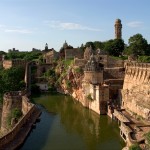 With a history that is steeped in chivalry, heroism and sacrifice, Chittorgarh is the epitome of Rajput culture. The fort of Chittorgarh sits atop a hill 180 meters high and occupies about 700 acres. It was originally built by the Mauryas in the 7th century AD and has acted as the citadel for many Rajput warriors since. The Kalika Mata Temple, The Vijay Stamba built by Rana Kumbha in 1440, Kriti Stamba dedicated to the very 1st Jain Tirthankar and of course Rana Kumbha and Rani Padmini’s palaces are the attractions.

6 Replies to “Top 10: Most Visited Places in Rajasthan”