Who doesn’t want to be treated like royalty? The ideas of wealth, luxury, and power associated with royal families have been romanticized in the minds of us common folk since time immemorial. Before the British rule, India was a collective of many smaller princely states with their own regal lineage, cultural traditions, palaces, temples, and whatnot. The remnants of their grandeur can be seen across India in the monuments, heritage hotels, museums, and private antique and art collections. 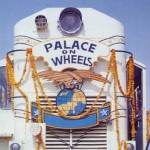 In 1982, a luxury tourist train, the Palace on Wheels was launched by the Indian Railways to promote tourism in Rajasthan; the concept for which was derived from the personal railway coaches of the erstwhile rulers of princely states in India. The Palace on Wheels begins its 8-day travel at New Delhi and travels around Rajasthan stopping at Jaipur, Jaisalmer, Jodhpur, Sawai Madhopur, Chittaurgarh, Udaipur, Bharatpur, Agra in Uttar Pradesh, ending once again in New Delhi. Ironically, the Government of India had originally restricted the experience of this luxury train to foreign nationals. It was, however, later opened up to Indians. The Palace on Wheels was refurbished and re-launched in 2009. 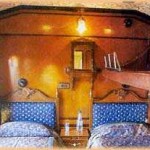 The Palace on Wheels has 14 coaches or saloons, each named after erstwhile Rajput states like Jaipur, Jodhpur, Alwar, Bundi, Kota, Jhalawar, Dungarpur, Dholpur, Bharatpur, Jaisalmer, Sirohi, Bikaner, Udaipur, and Kishangarh. The interiors and aesthetics of the saloons represent the state after which it is named. The furniture, handicrafts, and art have been handpicked to create the desired ambiance.  Each saloon has 4 cabins with an attached bath and shower and all other modern amenities. The recently introduced spa saloon offers relaxing ayurvedic massages which will rub in the splendor of the experience further. 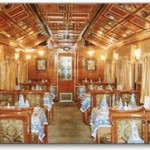 The luxury train also houses two lavish restaurants – “The Maharaja” and “The Maharani” – which serve Continental, Chinese, Indian, and of course, specifically Rajasthani cuisines and a well-stocked bar.

The Palace on Wheels is featured amongst the top ten luxury trains in the world. The journey to the hinterlands of the desert state of India gives you the chance to explore in-depth an aspect of the rich cultural heritage of a vibrant country like India.