Mahabaleshwar: The Picturesque Hill Station of the Western Ghats 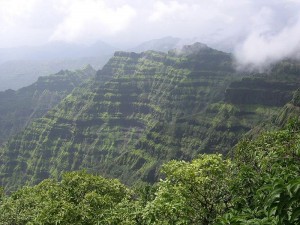 Nestled between the Western Ghats, Mahabaleshwar is one of the most popular and peaceful hill stations in India. Tourists from all over India as well as from foreign countries visit the place in large numbers each year to enjoy the dazzling sight of the hills. The place is named after Lord Mahabali and the temple of the Lord Mahabali is a major landmark of tourism in Mahabaleshwar. The place is a heaven for nature lovers who wish to spend time admiring the natural charm of this modest place.

Some of the important places you must visit on your visit to Mahabaleshwar have been explored below:`

This waterfall, located about 2.5 kilometers away from Mahabaleshwar in the Koyana Valley, is one of the must-see sights of Mahabaleshwar. In the past the gardens close to the falls were looked after by the Chinese, hence the name as Chinaman’s Waterfall. 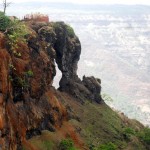 There are several scenic spots in the hills of Mahabaleshwar but Elephant’s Head, or Needle Hole Point beats them all. It presents a magnificent panoramic view of the vast expanse of the hills. It is a cliff that has got its name because of this striking resemblance to the elephant trunk and head. Standing over the cliff you can enjoy the breathtaking views of the surrounding hills.

This is another popular point that attracts a large number of tourists every day. Located close to the main Mahabaleshwar market, Helen’s Point provides wonderful views the vast expanse of the lush green agricultural and the modest huts of the locals in the surrounding apart from spectacular sight of Krishna River undulating through the tiny fields. 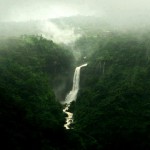 From distance, the cold water of Lingmala Falls, cascading down from a steep cliff looks like a thin silver streak over the hill. The rainbows formed by the mist of the fall is a delight for the photographers.

This peak, which is formerly known as Mount Olympia, is the second highest peak in Mahabaleshwar. It is located on the Old Mahabaleshwar road and is named after the Duke of Connaught, who, according to the legend, visited this place in 1860 and was enthralled by its beauty.