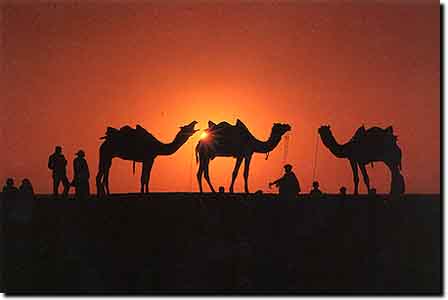 Rajasthan boasts of a number of dialects, though it is primarily a Hindi speaking region. These dialects (mainly Marwari, Mewari, Dhundhari, Mewati and Haruati) put together are broadly recognized as Rajasthani. Further, there are several other sub dialects that have evolved as the result of the distortion of the linguistic and orthographical peculiarities of the language during the course of time.

At present, Rajashtani literature is flourishing. Hundreds of poets and writers have emerged using the vernacular form of Rajasthani language as their medium. Rajasthan’s folk literature too is extremely rich and diverse in nature and includes folk songs, famous folklores, witty sayings and proverbs, riddles and much-treasured folk plays known as ‘khayals’. Rajasthan indeed has rich linguistic traditions. The script of Rajasthani language is Devnagri.

Marwari is the most commonly spoken language in Rajasthan. It is mainly spoken in and around Jodhpur district. In Barmer, Jalore, Pali, and parts of Nagaur district; mixed dialects of Marwari are spoken. In the eastern side of the state, Marwari influences the dialects of Ajmer, Udaipur, Bhilwara, and Chittorgarh while in the western part it has an unmistakable impact on the dialects of Jaisalmer district. The language spoken in the Sirohi district in the south is also ripe with its influence. Dialects of Bikaner, Churu, Sikar and Jhunjhunu districts in the north are also marked by Marwari while in the northwest, it is spoken with Punjabi influence in the Ganganagar district.

Although some people might not know it but the truth is that Mewari is actually the eastern form of Marwari which is frequently spoken in princely state of Mewar, which comprises of Udaipur, Bhilwara Chittorgarh districts and the area in an around it. The dialect of Mewari used in the western parts of Barmer, Jaisalmer, Thar and Parkar areas of the former Sind is called Thali in the north and Dhatak in the west. In Bikaner it is referred to as Bikaneri while in the northeastern part of Churu, it is known as Bagri.

The second-most spoken language, Jaipuri or Dhundhari covers the districts of Jaipur, Tonk, Kota, Bundi, parts of Kishangarh, Ajmer and Jhalawar. Mewati, the dialect of Jaipuri in the northeast becomes Braja Bhasha in Bharatpur. Mewati is actually the language of the former Mewat, the abode of the Meos. Braj Bhasha has a sub-dialect called Dang which is spoken in Sawai Madhopur and Karauli. Bundeli and Malvi are the dialects of it in Jhalawar and the southern parts of Kota. Kishangarhi is spoken in Kishangarh and Ajmeri in Ajmer. The dialect spoken in Bundi, Pratapgarh and Kota is Harauti, which is also spoken in Jhalwar and Tonk districts. This dialect is influenced by Gujarati.

Malvi is spoken in the Malwa region which extends to Madhya Pradesh. It mainly covers parts of the Jhalawar and Kota districts. The Bundeli of Narsinghpur and central Hoshangabad, the Marathi of Berar and the Nemadi dialect of Rajasthani is spoken in north Nimach and Banswara. The Bhil community has its own dialect called Bhili which resembles Dungarpur’s and Banswara’s Bagria form of Rajasthani although there are slight variations in the pronunciation. However, the language structure for both of them is the same.