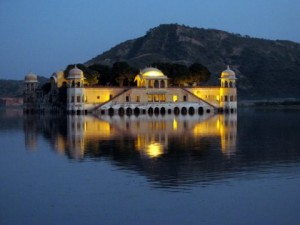 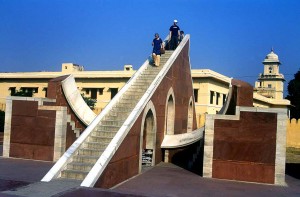 Jaipur, the Pink City, delights the traveller like no other city in the country. Once a stronghold of different Rajput clans and the capital of royalty, the city has been a witness to a number of historical events and has also been (it still is) a prominent seat of textbook Rajasthani culture and traditions.

The city of Jaipur was founded on 18 November 1727 by Maharaja Sawai Jai Singh II, the ruler of Amber, after whom the city has been named. In spite of being located in the semi-desert area, it is one of the finest planned cities in India. The city is remarkable among pre-modern Indian cities for the width and regularity of its streets which are laid out into six sectors separated by broad streets which are as much as 34 m (111 ft) wide. It boasts of a number of tourist destinations like the City Palace, the Hawa Mahal, the Jantar Mantar, the Nahargarh Fort, etc. Today Jaipur is a bustling metropolis with an unparalleled charm which emanates from both the traditional and the modern elements. Jaipur is a major business centre with all requisites of a metropolitan city. In 1876, Jaipur was coloured in terracotta pink to welcome the Prince of Wales, and thus the name “Pink City” was given to the city

Jaipur has a semi-arid and hot climate. During the monsoon, there are frequent, heavy rains and thunderstorms, but flooding is not common. Winters can be harsh with occasional cold waves and mercury nearing the zero mark. Jaipur is unanimously acknowledged by the experts as one of the best planned cities. The city was planned according to Indian Vastu Shastra (Vedic Planning for the comfort and prosperity of the citizens). Streets and markets run from East to West and North to South. The city was intended to be encompassed within the walls built around. The gates of the wall used to be closed at sunset and opened at sunrise. In the present times, the city has expanded outside the walls. The city boasts of international level infrastructure and the residents have high standards of living.

The city of Jaipur is a principal tourist destination of India. The stately forts and grand monuments of the city bestow it a glorious charm which is a big draw for the tourists. Hawa Mahal, Amber Fort, Naharagarh, Jaigarh Fort, Nahargarh Fort, City Palace, Jantar Mantar, Jal Mahal,Rambagh Palace, Central Museum, Albert Hall Museum.Jaipur, on all sides, is surrounded by rugged hills, crowned with forts and enclosed by embattled walls. The scene is thus magical. The city also has a good number of temples. At times, it is also referred to as ‘Chhoti Kashi’. Then there are the gardens and parks with which the city is dotted. Other places of interest include Chand Baori (stepwell), Chokhi Dhani (a village resort), Kathputhli slum a Jaipur slum, Raj Mandir Cinema (a beautiful cinema hall).

Jaipur has so much to offer visitors — everything from pageants and festivals to wonderfully-dressed people, an array of handicrafts, a royal legacy of palaces, and sightseeing — that will occupy their time. However, even if the visitors just plan to go on leisurely stroll streets of the old city instead, they will not regret it. All of Jaipur is an architectural gem, and no scheduled sight-seeing can do justice to the Pink City.