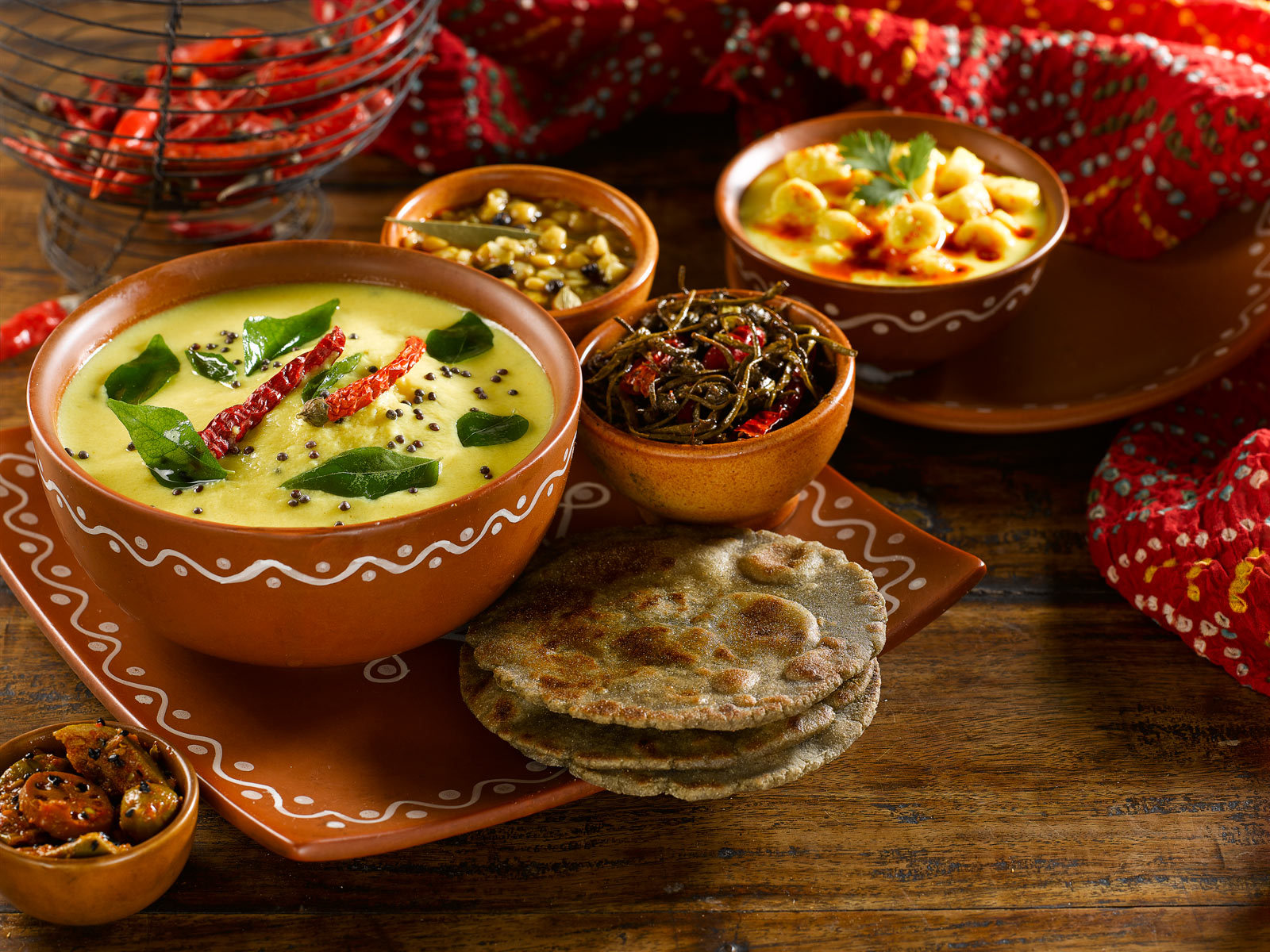 It is amazing that despite having unique limitations, both Jain and Marwari food have established a distinctive and popular culinary identity. While Marwari cuisine was developed to be nutritious despite a lack of common vegetables found elsewhere, Jain cuisine focused on strict vegetarianism that also avoided a few vegetables, for spiritual reasons.

Marwari food successfully managed to provide sustenance and taste to an arid region, despite a scarcity of vegetables. For example, milk became a popular ingredient due to lack of water.

Marwari food also was carried by warriors on their campaigns, and thus needed to be able to last several days and preferably be eaten without heating. This can be seen in bajre ki roti (millet bread) and lashun ki chutney (hot garlic chutney) – using locally available ingredients to serve a delicious and nourishing meal. Marwari food is therefore homely, delicious and slightly on the ‘heavy’ side of things. Long lasting foods include Papad and mangodi, and the quantity of spice is higher than most Indian cuisine to counter the distinctive taste of local ingredients.

Sweets are an important part of the cuisine – they are in fact served with the main course, and not as a dessert. The Marwari people also look down upon the idea of self service; hence the culture of hospitality is evident in places in Chokhi Dhani & Mana Hotels Ranakpur. Different regions have their own specialties – Jodhpur for kachori and ladoos, Alwar for its mawa and Pushkar for its malpuas.

The most famous dish of Rajasthan is Dal-Baati-Churma, a snack made from baatis (round breads) baked over a fire (or a gas tandoor/oven), served with ghee served with panch kutti dal and churma. The dal is also rich in ghee, and more ghee is added while being served. The churma is actually derived from the baati by deep frying them, and being added to sugar/jaggery after crushing. Mangodis, another delicacy, are made from dried strands of moong dal paste are served with steamed rice or paranthas. 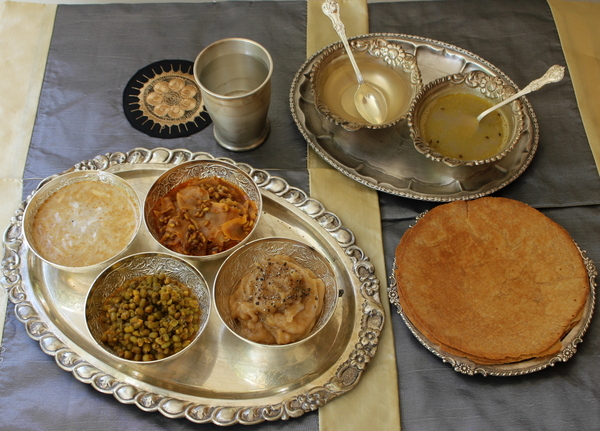 The Jain community has managed to create delicious vegetarian dishes, despite avoiding onions and garlic, two of the most common additives to Indian food. Jainism dictates non-violence, which manifests itself in the food, known as satvik bhojan. This cuisine is said to not inflame passions and help people maintain inner peace. However, the use of baking, frying, and slow cooking ensures delicious meals that are infused with flavours, and also preserve the food’s nutritive content. Go to an authentic Jain restaurant, and you will be assured of freshness!