Rajasthan’s political history has been a strife with heroic battles and valiant martyrs who laid down their lives to protect their pride, their land, and their culture. Rajasthan literally means the Land of Kings and the modern state is a collective of smaller erstwhile kingdoms namely; 5 Rajput states, 2 Jat states, and 1 Muslim state.

It is said that the region was originally called Gurjaratra or the Land of Gurjars and came to be known as Rajputana during the early Muslim period in India. Gurjars or Rajputs were a landowning clan who consider themselves descendants of the Kshatriya or warrior clan in the Hindu social order; a claim which is subject to debate. The Rajput clan however has produced the likes of Rana Sangha, Samrat Hem Chand Vikramaditya, and Maharana Pratap; some of the most revered rulers and warriors in Indian history. 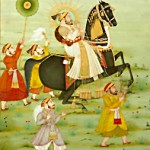 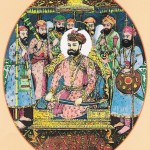 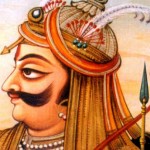 The Rajput’s rose to prominence around the 6th century CE as they successfully deferred attacks by the Arabs and the Greeks. In fact, till the time of the Mughals, the Rajputana was one of the reasons for the unexpectedly slow annexation of the Indian subcontinent and it was only during the British rule that they conceded to treaties, accepting the sovereignty of the British throne, and continued to be figurehead rulers until they acceded to the Republic of India after Independence.

The 5 Rajput kingdoms under modern-day Rajasthan are Marwar (present-day Jodhpur), Bikaner, Mewar (Udaipur), Alwar, and Dhundhar (Jaipur). The two Jat states were Bharatpur and Dholpur while Tonk was ruled by a Muslim nawab. Each of these erstwhile princely states has its own unique history and traditions. Their forts & palaces, attire, food, crafts, and rituals differ from each other, making Rajasthan a colorful state and a melting pot of many cultures.

One Reply to “A Peek into the History of Rajputana”