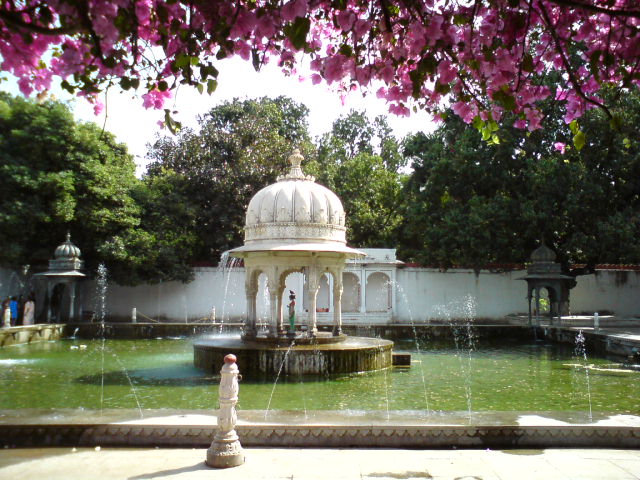 Rajasthan is a study in contrast for the traveller. On one hand is the vast, barren Thar: inhospitable, eerie, almost alien.. and yet alluring. On other hand, are numerous lush green gardens laid out by rulers of the land, as if in defiance of the harsh climate and terrain of the region.

A walk through any of these gardens and one can almost forget about the desert and the parched soil. Join us in our stroll through five of our favorite gardens!

Maharaja Sajjan Singh was the designer of this amazing garden which is within the premises of the Chittorgarh Fort. Created as a testament to the regal beauty of its namesake, queen Padmini of Chittor, the garden is a visual treat with colorful flowers, ornate gateways, and a large reservoir tank. The garden has now been refurbished in a modern style.

The garden is also a tribute to the queen’s sacrifice. Hearing about her legendary beauty, the sultan of Delhi, Alauddin Khilji had besieged Chittor. When the defeat was imminent, the warriors of Chittor decided to open the gate of the fort and fight to the death. When the word of this decision reached Padmini, she and other women decided to commit ‘Jauhar or ceremonial suicide, rather than being taken alive as slaves of the enemy. 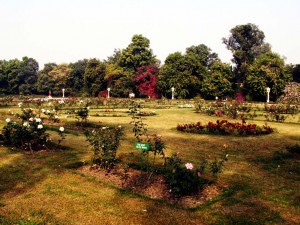 Translated as ‘The Garden Of Roses’, it is located in the Sajjan Niwas Park, Udaipur. Also laid by Maharaja Sajjan Singh in the late 19th century, the Gulab Bagh is renowned for having every variety of rose in the world. This beautiful garden also houses Saraswati Bhawan (earlier Victoria Hall) Library and a toy train. A must-visit for the rose-aficionados, the garden is a celebration of the flower which is perhaps the oldest symbol of love and friendship.

Situated on the Jaipur-Agra route, the Sisodia Rani ka Bagh is like a verdant oasis in the dry and barren terrain of Jaipur. The garden was built for the city’s ruler, Sawai Jai Singh’s wife who was a Sisodia royal from Udaipur. The garden was meant to ease her homesickness and longing for the lush greenery and natural beauty of her home, which was missing in Jaipur. The garden houses an extensive array of fragrant plants and herbs while the murals and paintings in the garden depict the love story of Radha and Krishna from Hindu mythology. 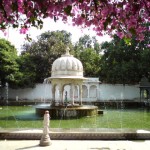 A very well-laid out garden with massive green lawns and shady walkways flanked by the picturesque Fateh Sagar Lake, the Saheliyon ki Bari was created by Maharana Sangram Singh in the 18th century for 48 young ladies-in-waiting, or ‘sahelis’ who accompanied a princess to Udaipur as part of her dowry. Several fountains and four scenic pools adorn the garden. Spectacularly sculpted kiosks and marble elephants further enhance the beauty of the garden.

Located in Jaipur, Ram Niwas Garden began as a famine relief project of Maharaja Ram Singh II of Jaipur. Laid out in the year 1868, it is a huge complex which houses a zoo, an aviary, a greenhouse, a herbarium, a museum and several sports grounds. The Albert Hall museum is especially noted for its Indo-Saracenic structure. Of late, an auditorium, Rabindra Manch, a modern art gallery and an amphitheatre have been added to the garden to enhance its aesthetic appeal as well as its utility.