The only hill station in Rajasthan, Mount Abu is the complete opposite of the landscape that usually represents the state. It is the highest peak of the Aravali range and has rivers, lakes, waterfalls, and dense evergreen forests. To get there, one has to drive uphill through winding roads, lush greenery, and oddly shaped rocks. In the summer, Mt. Abu provides much needed respite from the oppressive heat that plagues most of north India. In the monsoons, it is one of the few places in Rajasthan that receives handsome rainfall, becoming refreshingly green. In the winter, on the other hand, it gets chilly with the minimum temperatures sometimes dipping to the negatives; but it remains gorgeous and inviting. A delight for tourists in all seasons, the resorts in Mt. Abu take complete advantage of their surroundings. Mt. Abu and the surrounding areas have been referred to repeatedly in Indian mythology. It is said to have been the home of numerous sages and saints – lending to it a wholesome and spiritual ambiance. The tourist must-sees in this unique Rajasthani paradise are: 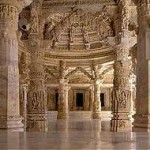 The Jain temples of Dilwara in Mt. Abu are famous for their exquisite marble architecture. While many Jain temples are built in marble, it is often said that the craftsmanship here remains unrivalled. Built between the 11th and 13th centuries, the temples are surrounded by forested hills and a high wall that encloses the temple complex. Each of the five temples has its own unique identity and is named after a village. The Vimal Vasahi Temple has been carved entirely out of white marble and built-in 1021. Dedicated to Rushabdev, the temple stands in an open courtyard surrounded by a corridor that has numerous cells dedicated to the other saints. The richly carved corridors, pillars, arches, and porticoes are beautiful and the ceilings feature engraved designs of lotus buds, petals, flowers, and scenes from mythology. The Luna Vasahi Temple was built in 1230 and is dedicated to Neminath. The main hall of this temple features a central dome from which hangs a decorative pendant featuring beautiful carving. However, to truly understand their beauty, it is necessary to make a visit. 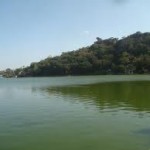 An ancient and sacred lake, Nakki Lake has many legends attached to it. It is one of the key tourist attractions in Mt. Abu. Not only is it gorgeous but facilities like boating and horse riding are a huge draw. This artificial lake has many islets approachable by boat and many unique rock formations around it, the most famous amongst them being Toad Rock which looks like a real toad all set to jump into the waters. Other such intriguing rock formations include Nun Rock, Parrot Rock, etc. 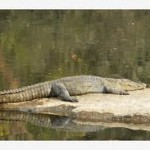 A mere 5 kilometers from the main town of Mt. Abu is Trevor’s Tank, named after the English engineer who built it and one of the most popular tourist destinations of the region. It essentially is a manmade tank that is used to breed crocodiles within a wildlife sanctuary. It provides not only the opportunity to view plentiful wildlife but also a great picnic spot. Trevor’s Tank can also be a birdwatcher’s paradise if you spend enough time in the rich hills and thick forest.

Another delight available for nature enthusiasts, the Mt. Abu Wildlife Sanctuary to is only 7 kilometers long and 300 meters wide, making it completely trek-able. The sanctuary is full of floral beauty and has around 112 plant families with 449 genera and 820 species, many of which are rare and threatened. The highlight, however, is the many orchids that grow here in the wild. In terms of fauna, leopards, sloth bears, wild boars, sambar, chinkara, and langur consider this their home. 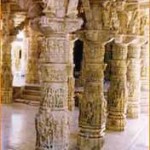 Amongst the many legends that revolve around Mt. Abu is the one of Sage Vasishtha who is said to have retired here after his dispute with Sage Vishwamitra. It is said that he created four Agnikula Rajputs from a fire pit by performing a ‘Yajna’ or fire sacrifice. The spot where he performed this rite was near a natural spring that emerges from a rock shaped like a cow’s head. A beautiful temple exists here today and is known as the Gaumukh Temple.

Commissioned by famed Rana Kumbha, Achalgarh Fort was built in the 15th century.  It is situated atop a mountain peak it has many vantage points that provide panoramic views all year round. The fort has a steep winding path that leads up to it and encloses many historic Jain temples within its embattled walls. The Jain temples of course are inviting because of their architectural marvel and beautifully sculpted walls and pillars. The nearby Acheshwar Temple too is famous for the idol of Nandi (Shiva’s bull) made from 5 metals – gold, silver, copper, brass, and zinc or the Panchdhattu as it is known – and weighs more than 4 tonnes.

The highest peak of the Aravali range, the Guru Shikhar is 1722 meters above sea level and provides a beautiful panoramic view of Mt. Abu and the green Aravali range. Atop this mountain sit many historic temples which too are worthy of at least one visit.