India is one of the richest countries in the world in terms of wildlife. There are more than 300 species of mammals, 1000 species of birds, and 60000 species of insects that find existence here. It is not just the numbers but it is the diversity of species that is unique and special. From the mountains to the seas, from the deserts to the rivers, India is blessed with a range of geographical 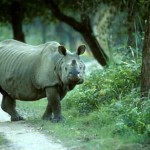 landscapes, all of which house their own assortment of flora and fauna. No matter where you are in the county, you are never too far away from an awe-inspiring wildlife experience.

Some of the “larger than life” species that inhabit the subcontinent are the Asiatic Lion, the Bengal Tigers, the Indian Rhinoceros and the Asian Elephant. The Indian leopard, which is one of the important leopard subspecies, is another prized Indian species. The rare Clouded leopard is particularly valued. Some other important species that exist in India include the Water buffalo, Indian wolf, Nilgai, Golden jackal, Indian bison and the Bengal fox. 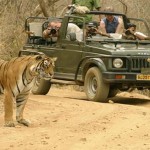 the conservation and protection of its wildlife and endangered species. Major national parks and sanctuaries came into existence, which enable wildlife enthusiasts enjoy these beautiful species in their full glory and majesty.

India boasts of forests where the lion is still the king of the jungle, where tigers roam freely and where the mighty Asian elephant herds exist unhindered and without a threat. If you long to witness the grandeur of these animals in their natural habitats, head out to the following parks, reserves and sanctuaries for an amazing wildlife experience:

Enjoy the company of the famed one-horned rhinoceros at this World Heritage Site, which also has the highest density of tigers in the country. Also indulge in the sightings of the Wild Water Buffalo, Black- necked Stork and the National Aquatic animal of India, the Ganges River Dolphin.

Watch the last of the wild Asiatic Lions wander through the grasslands. Thanks to the government’s conservation efforts, these endangered species are increasing in numbers and the 1000 sq. km sanctuary will soon be too small a territory for them. Gazelles, antelopes, Indian Pitta, Sambar and Chinkara are the other beautiful animals found here.

The region was declared as a Tiger reserve under Project Tiger in 1973. These breathtaking creatures can be seen even during the daytime, strolling through the grasslands. Leopards, sloth bear, hyenas and the Spotted Deer can be found here.