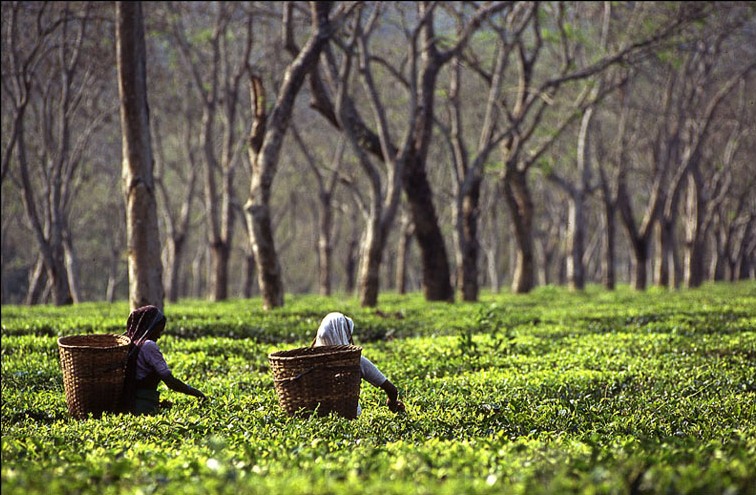 The love that Indians have for tea is no secret. In fact, India is one of the largest tea growers in the world and consumes an overwhelming 70% of its tea produce. Tea has been used as a beverage and for its medical properties in India for ages. However, tea plantations on a commercial scale began only with the arrival of the British East India Company, at which point, large areas of land were covered with aromatic tea plants. India produces many varieties of tea, a number of which are internationally renowned.

Once upon a time, these tea plantations were owned and managed by British businessmen. Upon Independence, they were passed on to the Indian elite, whom we find, have managed to retain the English old world charms. Often, these plantations are open to tourists and provide lodging as well as tea appreciation classes; offering a unique and otherworldly experience.

Some of the best places in the country to go for these Tea Plantation vacations are: 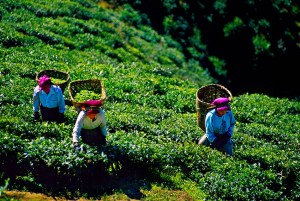 One of India’s most popular hill stations, Darjeeling is surrounded by tea plantations that produce prized and internationally acclaimed light coloured, floral smelling tea. This district in West Bengal accounts for approximately 25% of the country’s tea production. The Happy Valley Tea Estate located around 3 kilometers north of the town of Darjeeling grows some of the finest tea in the area and has a long history. It was established by the English in 1854 and was later handed over to an Indian aristocrat from Kolkata. At 2,750 meters above sea level, it’s one of the highest tea gardens in the world. It is open Tuesday to Saturday from 8 a.m. to 4 p.m. March to November is the ideal time for tea plucking however the monsoon season from June to September is best avoided. 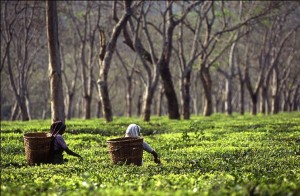 The largest tea producing region in India, Assam is lush and green with tea! Assamese tea is mostly grown in the Brahmaputra Valley and is malty and brightly coloured. Jorhat in Assam is often referred to as the “Tea Capital of the World”. The Burra Sahib’s Bungalow on Sangsua Tea Estate, near Jorhat, was built between 1900 and 1905 and the still standing colonial architecture is superb. You’ll be able to get a feel for what it’s like to live on a tea estate, as well as visit the factory and see how tea is made. To get a taste of the best tea, it would be best to visit between mid May and the end of June, however tea production continues till early December. Another ideal time to visit is December when Jorhat hosts an annual Tea Festival. 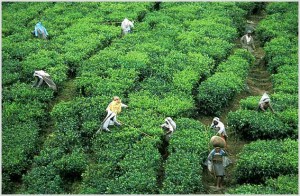 As you enter Munnar, a popular hill station in south India, you’ll be greeted by miles upon miles of lush tea plantations. Once owned by Tata, the largest tea manufacturing company in India, they’ve now been sold to employees. Munnar is home to India’s first Tea Museum (open six days a week, closed Mondays) at the Nallathanni Estate, which provides a fascinating look into the history of tea production in the area. The Kundale Tea Plantation surrounds a lake and allows you to witness the entire process of tea making. The Tea Sanctuary is probably the best place to stay at though, with a series of refurbished colonial bungalows in the middle of the huge ex-Tata estate. August to May is the peak tourist season, although December and January are extremely cold.

The Mountains of Nilgiri in the southern state of Tamil Nadu are known for their distinctive, dark, and intensely aromatic tea. Once again, the history of tea in this region dates back to over 100 years, becoming significantly important for the industry here. Conoor is the ideal playground to experience the tea of this region. The Highfield Tea Factory and the Tranquiltea Tea Lounge (for their exotic teas) are must do’s on the itinerary. Luxury cottages are available at the Glendale Estate Tea Plantation. Tea is produced throughout the year in Nilgiri. However, the best teas are produced during the cooler winter months (late November to mid February). Also, do take a ride on the Nilgiri Mountain Railway 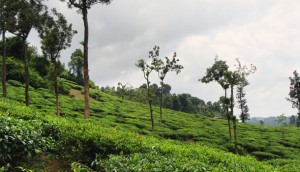 A lush and mountainous area in Kerala, Wayanad, produces a significant amount of tea (in addition to coffee and spices). Most of the tea plantations here are located south of Kalpetta. The road to Chembra Peak will take you through a private estate, which is worth a look. Wayanad Tea County is a must. This unique tourist guesthouse is set in the Priyadarsini Tea Estate at Mananthavady and is run by a co-operative of tribal people who live and work on the estate. All profits earned go directly to their welfare. Trekking through the tea gardens to a tribal tree house, set up at the highest point of the plantation is an experience worth having! September through to April are the best times to visit this area.