A large part of India is known for extreme weather conditions. While the winters can be bone-chilling, the summers in India can be unforgiving. The atrocious summer season calls for a visit to hill stations. Thankfully, in India, one has an array of options to choose from. To compile a list of the top ten summer destinations in India is indeed a difficult task.

Below, we discuss in brief ten awesome summer destinations in India: 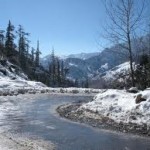 It’s not for nothing that Kullu-Manali is known as the ‘Switzerland of India.’ It is a honeymooners’ paradise and also a favourite among backpackers, adventure seekers, families, etc. A small valley town situated in Himachal Pradesh, this is a perfect place to be at for the trekkers, nature lovers, and adventure enthusiasts. Manali is about 570 km away from Delhi. It also serves as the gateway to the remote and desolate valleys of Lahaul and Spiti.

It is an entrancing h 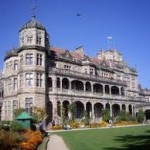 ill stations with which you will fall in love during your very first visit. To begin with, the winding road which leads to Shimla will take your breath away. It is a beautiful hill town surrounded by the pines and the deodars. Temperature is ideal in summers and tourists flock to it in great numbers. It is strongly recommended to get hotel reservations done well in advance. 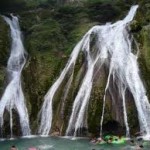 “Queen of Hills” attracts lakhs of tourists every year who are drawn to its picturesque beauty. Lot of people from Delhi travel to Mussoorie on the weekends to escape the scorching heat of the capital. Mussoorie is very close to Dehradun which is another bustling metropolis in the northern India and home to internationally renowned institutes and schools and the Indian Military Academy besides serving as the capital of Uttarakhand. 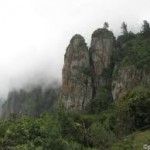 as a hilly retreat by the American missionaries in the year 1845 in order to escape from the heat of the Tamil Nadu plains. It’s a very quiet hill station forming the part of the southern ridge of the Palani hills in the state. Set at an altitude of 2,195 km, it remains very popular among the locals as well as the tourists. Kodaikanal, or Kodai as it is fondly called, has earned the nickname “Princess of the Hills.” 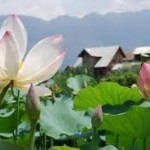 ll be totally unfair to not include Srinagar in the list of top summer destinations in India. Set in the scenic Kashmir valley, around the mesmerizing Dal Lake where ‘shikharas’ ferry the tourists on boat rides, Srinagar’s beauty pulls the visitor towards itself strongly. The place has an alpine weather and remains a tourist’s ultimate delight. 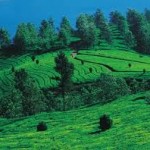 Coorg is the anglicised version of Kodagu, a hilly district in Mysore region of Karnataka known for its coffee and for producing brave warriors like Field Marshal K. M. Cariappa, India’s first Indian army chief.  This verdant hill station offers the traveller a fascinating past, captivating natural beauty, and aromas of the coffee plantations, oranges and honey. 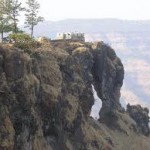 This charming little hill station is rightfully known as the “Queen of Maharashtra’s Hill Stations.” Cradled in the Sahyadri ranges of the Western Ghats, it is set at an altitude of 1,372 metres. The place also has great religious significance. The ancient Mahadev temple pulls scores of devotees.

The serene hill station of Nainit 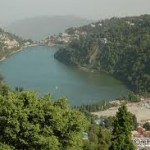 al is nestled in the foothills of the Kumaon range of Himalayas. The city is formed by a valley which contains the pear-shaped Naina Lake (which lends the town its name) which is about 3.2 m km in circumference. The lake has great religious significance. The tranquil Naini Lake is surrounded by mountains which offer panoramic views of the vast plains in the south. Nainital, the glittering jewel in the Himalayan necklace, remains a very popular tourist destination. 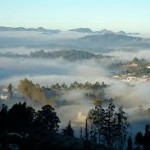 opular tourist destination in the Southern India, Udhagamandalam (or Ooty as it is known in common parlance) is renowned for its Blue Mountains which are covered with thick forests perpetually. It is also known for coffee plantations. Numerous Bollywood films have been shot here. The favourable climatic conditions enhance Ooty’s appeal among the tourists.

It is often known as 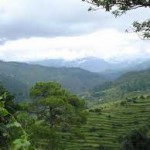 the “Retirement Town” but is slowly opening its doors for a never-before experience of the hills. Adventure seekers are turning towards the charismatic hill town of Ranikhet. Paragliding over the Kumaon hills has gained immense popularity in the area. Ranikhet makes for a different kind of experience in a summer break.