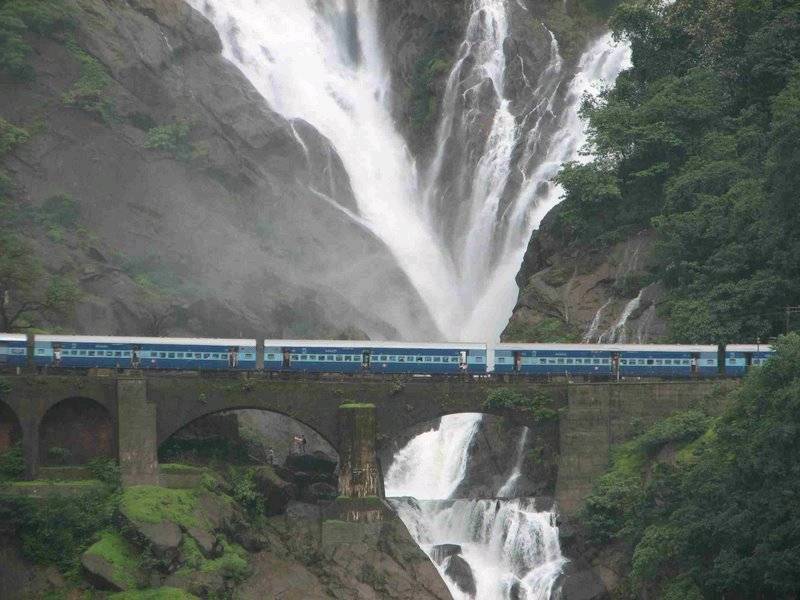 When it comes to geological diversity, there is no place like India. It has mighty mountains, oceans, a desert and a number of rivers meander through the country. And these hills and rivers combine to create some beautiful waterfalls! Let us find out more about five prominent waterfalls in India.

This list is just a list of five major waterfalls in India but there are many others too: 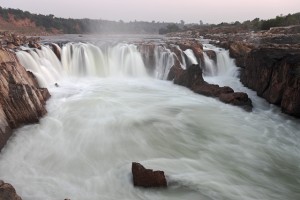 (Jabalpur, Madhya Pradesh; Height: 98 ft) Merely 16 km away from the city of Jabalpur, Dhuandar Falls is one of the most spectacular waterfalls in central India. Located on the Narmada River in Bhedaghat, the falls are about 10 meters high. River Narmada makes its way through the world-famous Marble Rocks before plunging down in a waterfall. The plunge creates a bouncing mass of mist which is so powerful that its roar is heard from a far distance and hence the name Dhuandhar. The nearby places sell exciting souvenirs like marble sculptures, paintings, and customized gift items. 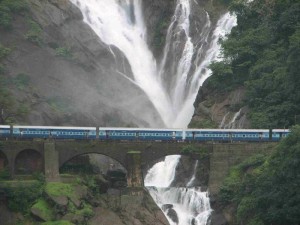 (Goa; Height: 1017 ft) Dudhsagar Falls, 90 km from Panaji look stunning post monsoon as it ripples with bubbling foam-like water. The sight is extremely powerful. The falls lie high up in the Mandovi River’s watershed. Dudhsagar Falls is listed as India’s 5th tallest waterfall and is 227th in the world at 310 meters. 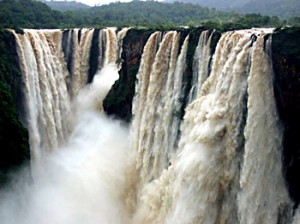 (Shimoga, Karnataka; Height: 1600 ft) Jog Falls is the second-highest plunge waterfall in India. The Sharavati River, flowing over a very rocky bed about 250 yards wide, reaches a tremendous chasm, 290 m (960 ft) in depth and the water comes down in four distinct falls. The Karnataka Tourist department has constructed a series of steps (approximately 1500 steps) to the bottom of the hill where one can get an alternative view of the falls. 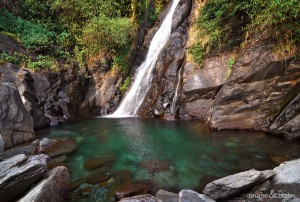 (Mcleod Gunj, Himachal Pradesh; Height: 7112 ft) Bhagsu Falls is a small yet beautiful waterfall located 2 km away from Mcleodganj. The Bhagsunath temple is just half a kilometer away from the walls and the waterfall is revered by devotees who throng the temple. The place is thus ideal for people who wish to combine religion with a getaway. During the monsoons, this waterfall turns into a 30 ft cascade besides a mountain that appears as an art piece made out of slate. 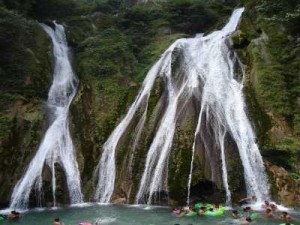 (Mussoorie, Uttarakhand; Height: 4500 m) Kempty Falls is an extraordinarily beautiful waterfall in Mussoorie. In fact, it is a must-see on any Mussoorie itinerary. This waterfall was developed as a tourist destination by British officer John Mekinan, around 1835. The name of the place is said to be derived from Camp-tea, a place where the British organised tea parties. The falls is one of the largest among five down-rushing falls, which gushes powerfully through various rocks and finally enters into the plains.

One Reply to “Five Prominent Waterfalls in India”