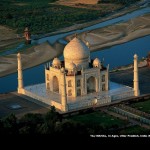 Home to the Taj Mahal; Agra is the most visited city in India. The marvellous Taj is one of the most recognizable structures in the world, a global symbol of eternal love and is said to be an interpretation of heaven. Agra has played an important role in Indian history from the time of the Mahabharata to the Mughal period. It thus has a lot to offer for the sightseeing tourist. Apart from the Taj; Fatehpur Sikri, Agra Fort, Akbar’s tomb and the Mankameshwar Temple, amongst many others, make the trip to Agra worth your while. 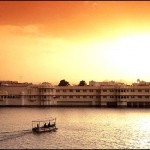 Rajasthan’s charm lies in its thriving cultural and artistic traditions along with the plethora of palaces that give a glimpse into the erstwhile royal life. Two cities that showcase this best are Jaipur and Udaipur. Apart from the famed Hawa Mahal and Amber Fort in Jaipur, there are many other fascinating palaces, temples and gardens. In Udaipur, you find a series of palaces built in different eras on the bank of Lake Pichola. The most famous however is the Lake Palace situated on Jag Niwas Island in the middle of the lake. Steeped in history, culture and natural beauty, these cities can take your breath away. 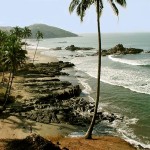 If you’re looking for sun, sand and a party in India; Goa is the place to be. Its 101 km long coastline is tantalizing to one and all. Goa offers a wide variety of experiences: from luxury hotels to tents on the beach, from snazzy restaurants to beachside shacks, from lazy bars to hopping clubs; it’s all available here. The 450 years of Portuguese rule has left Goa with a distinctly different culture from the rest of the country. The quaint churches, temples and multiple forts all add up to the unique character of Goa. 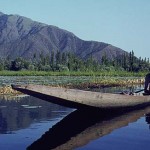 Despite ongoing political chaos, Kashmir possesses the lure to continually attract tourists in substantial quantities. Its beauty is such that Emperor Jahangir once remarked that paradise on earth was living in a houseboat on Dal Lake. Gulmarg, Pahalgam, Sonamarg are favourite tourist destinations amongst domestic travellers. Srinagar is also a hotspot with Dal Lake and Manasbal Lake along with the Mughal gardens. For religious tourist, the Amarnath temple dedicated to Lord Shiva is of prime import. Lately, some new eco-tourism complexes like Gurex, Dudhpathri and Bangus valley have also come up. 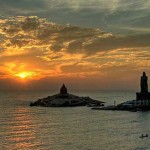 The southernmost tip of India, Kanyakumari has beautiful natural landscapes as well as historic and religious significance. It has also been a relevant centre of art and religion for centuries. Kanyakumari was ruled over by the Cholas, the Cheras, the Pandyas and the Nayaks; a fact reflected in the variety in temple architecture. The meeting of three major water bodies – the Bay of Bengal, the Arabian Sea and the Indian Ocean – makes the coast extremely special. On some full moon nights, one can amazingly see the moon rise and sunset at the same time at the different ends of the horizon, a sight truly worth seeing! 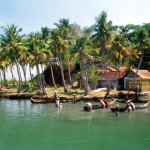 The backwaters, luscious tropical greenery and Ayurvedic treatments in Kerala make it a popular tourist destination. The list of attractions in Kerala is long and varied. It includes beaches, hill stations, national parks and wildlife sanctuaries, along with the extensive backwaters network and heritage sites like the Padmanabhapuram Palace and Mattancherry Palace. Cities like Kochi and Thiruvananthapuram are popular centres for traditional theatrical performances. Interestingly, despite having so much to offer, very little was known about Kerala until the 1980s. 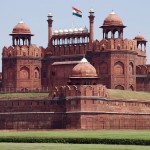 Delhi has always been politically important and every dynasty has left behind relics of their glory. The Qutub Minar (1206), The Tuglaqalbad (1321), Humayun’s tomb (1565), Shahjahanabad which entails the Red fort, Chandni Chowk, Jama Masjid and others (1639). Those who reside in Shahjahanabad have kept alive the living traditions of the city. More recently, the British built Lyutens Delhi and Rashtrapati Bhawan. The city has seen newer additions like India Gate and Rajghat since independence. Being the largest metropolitan in the country, Delhi is a melting pot of the old and the new and has something to offer to everyone! 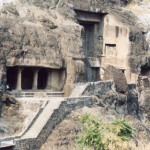 Ajanta Caves near Aurangabad are 31 rock-cut cave monuments dated back to the 2nd Century BC that house masterpieces of Buddhist religious art as well as frescos similar to Sigiriya paintings from Sri Lanka. They were completed over 200 years and abandoned and forgotten soon after, to be rediscovered by a British officer in 1819. Not too far away are the Ellora Caves which are a series of 34 “caves” actually excavated out of the vertical face of Charanandri Hills which have Buddhist, Hindu and Jain rock-cut temples and monasteries. The architectural skill on display is awe-inspiring. The exotic settings, sense of history and exquisite handiwork make Ajanta and Ellora a tourist hotspot. 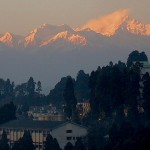 Back in the day, the weather conditions made Darjeeling the ideal summer getaway for the British. It was also a military depot and a sanatorium. The Darjeeling Himalayan Railway built-in 1879 from Siliguri to Darjeeling, is actually a World Heritage ‘Site’. The scenic beauty of the lesser Himalayas, lush green tea plantations and British styled architecture can transport you to a different time and place altogether. The highlight however is a spectacular sunrise and the sight of Everest, Kabru, Kanchenjunga, Jannu and other peaks slowly emerging in shades of pink, gold and orange.

The cultural capital of Karnataka, Mysore is well known for the 10 day long festivities that it plays host to during Dusshera. It is called the city of palaces basis sheer numbers. The most famous of course is the Amba Vilas, more popularly known as the Mysore Palace. Mysore also acts as the base for other tourist destinations. The Krishnarajasagar Dam, historical destinations like Srirangapatna, Somanathapura and Talakad, hill stations like Ooty, Sultan Battery and Madikeri, national parks like Bandipur, Nagarhole, Ranganathittu and Kokrebellur and the waterfalls at Shivanasamudra are all near Mysore.

2 Replies to “Top 10 Most Visited Places in India”