Right in the center of India sits Madhya Pradesh, a beautiful state with a rich culture, splendid natural beauty and numerous historical sites that attract swarms of tourists. 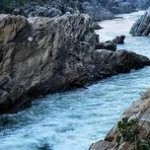 Most of the state is a part of the Deccan Plateau and the hill ranges of Vindhyas and Satpuras give rise to 5 river systems like Narmada, Tapti, Chambal, Sone, Betwa, and Mahanadi making for picturesque scenes of hills, meandering rivers, lakes and dense forests which house a large variety of wildlife. Madhya Pradesh is home to several national parks; Bandhavgarh National Park and Kanha National Park being the most famous of them. If you are a tiger enthusiast, a visit to Madhya Pradesh is a must.

For those who are more inclined towards history, Madhya Pradesh has many heritage site and exquisite monuments. 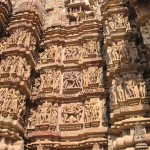 The Khajuraho Group of Monuments, located in MP’s Chhatarpur District, is one of the most popular tourist destinations of the country. Here, one finds the largest concentration of medieval Hindu and Jain temples; famous for their erotic sculptures. These temples were built over a span of 200 years, staring from 950 CE. There were originally 80 Hindu Temples, of which only 25 survive today. There are many interpretations of the exotic art on these temples. Since the eroticism is restricted to the exterior of the temples, some say that they imply that one must discard their carnal desires to be one with God. On the other hand, some say that the art is a representation of tantric sex practices. The Devi Jagadambi Temple having three bands of exotic carvings encircle the temple is considered the most finely decorated Khajurao Temples. In its inner sanctum lies an enormous image of Goddess Devi. 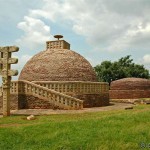 The ancient Buddhist monuments dating from the 3rd century BCE to the 12th century CE at Sanchi, Raisen District, MP are also awe-inspiring. The original Stupa at Sanchi was commissioned by emperor Ashoka and was built over the relics of Buddha. Over time, under the patronage of different dynasties additions have been made to a king’s remarkable homage to peace, love, and courage. Today, there are about 50 monuments on the hill of Sanchi, including three stupas and several temples. 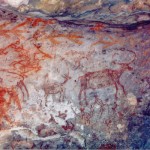 The rock shelters at Bhimbetka, also in Raisen district, MP carry on their walls, the earliest traces of human existence in India. The earliest paintings on these walls are believed to be from the Mesolithic age (between the Old and New Stone Ages) and some analyses reveal that these shelters were inhabited by man for more than 100,000 years. The area around these shelters has a thick vegetation cover, a perennial water source and plenty of flora and fauna, just like in the case of similar rock art sites discovered in Australia, the Kalahari Desert and France. The paintings found at Bhimbetka represent the life and times of the people who lived in these cavers, including events like hunting, music, childbirth, drinking, communal dances, rites and burials, animal fighting as well as the natural environment. Animals represented include bisons, tigers, lions, wild boars, elephants, antelopes, dogs, lizards, crocodiles etc. The colours used are mostly red and white with the occasional use of green and yellow. Stunning and thought-provoking; these caves are surely a must see.

Apart from these three main attractions, each of which has received the honour of being a UNESCO World Heritage Site, Madhya Pradesh – a geographically large and historically vast state – has a lot to offer. It is truly the “Heart of India”.