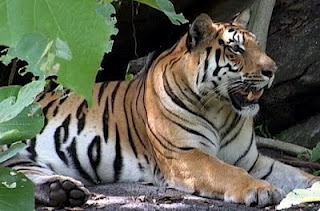 The state of Madhya Pradesh, or MP as it is fondly called, is the heart of India. Centrally located, it is home to the cultural heritage of Hinduism, Islam, and Buddhism.  The state was the recipient of the prestigious Best Tourism State Award in 2012. 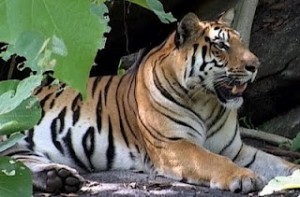 Madhya Pradesh is replete with diverse natural beauty that is bound to leave visitors mesmerized. The Vindhyas and the Satpuras flank the large plateau in Madhya Pradesh. Spectacular mountain ranges, gushing waterfalls, meandering rivers dotted with splendid hills and placid lakes and miles and miles of dense forests offer a unique and exciting panorama of wildlife in sylvan surroundings. One-third of the state is forest area. Thanks to this geological advantage, the state has a number of national parks and bio-reserves. The Kanha, Bandhavgarh, and Shivpuri national parks are home to tigers, bisons, and a variety of dear and antelopes. 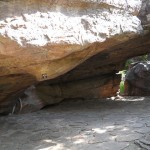 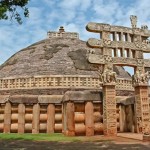 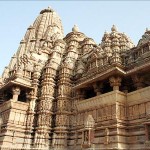 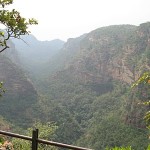 Madhya Pradesh has a rich history that date back centuries ago. Countless temples, monuments, stupas, forts, and palaces dot the landscape of the state. Each one has a tale to recount and leave the visitor spellbound. These amazing structures take you back in history and you cannot help but envision empires and kingdoms, great warriors and builders, poets and musicians, saints and philosophers of Hinduism, Buddhism, Jainism, and Islam. Four Madhya Pradesh sites have been declared as World Heritage Sites by UNESCO:

1. The Khajuraho Group of Monuments:

A cluster of about 25 temples in Khajuraho built by the rulers of the Chandella dynasty between the 10th and 12th centuries. The temple is beautifully decorated.

Sanchi is home to several Buddhist monuments, the most prominent being the ‘Great Stupa at Sanchi’, the oldest stone structure in India which was originally commissioned by the emperor Ashoka the Great in the 3rd century BCE.

4. The Rock Shelters of Bhimbetka:

These rock shelters exhibit the earliest traces of human lives. A number of Stone Age rock paintings can be seen in these rock shelters.  The word Bhimbetka is said to be derived from Bhimbaithka, meaning “sitting place of Bhima”, the hero-deity from the epic Maharabharata.

Panchmarhi, a promiment hill station in the state, is a verdant gem of MP and situated on a large plateau in the Mahadeo hills of Satpura ranges. It is known as the “Queen of Satpura”. A lovely hill resort girdled by the Satpura ranges, it offers absolute tranquility.

Ujjain is a major holy city for the Hindus and hosts the Kumbh Mela, attracting millions of pilgrims, every 12 years.

The capital of the state, Bhopal is a former princely state, a small city celebrated for its mosques and palaces, lakes, old-town ambience, and refined Urdu language.

Indore is a prominent urban centre, an industrial hub, and a bustling metropolis in the state.

Madhya Pradesh is a truly amazing part of India which encapsulates its spirit and culture. A visit to the state is a must for every Indian.

One Reply to “Madhya Pradesh! The Heart of India”