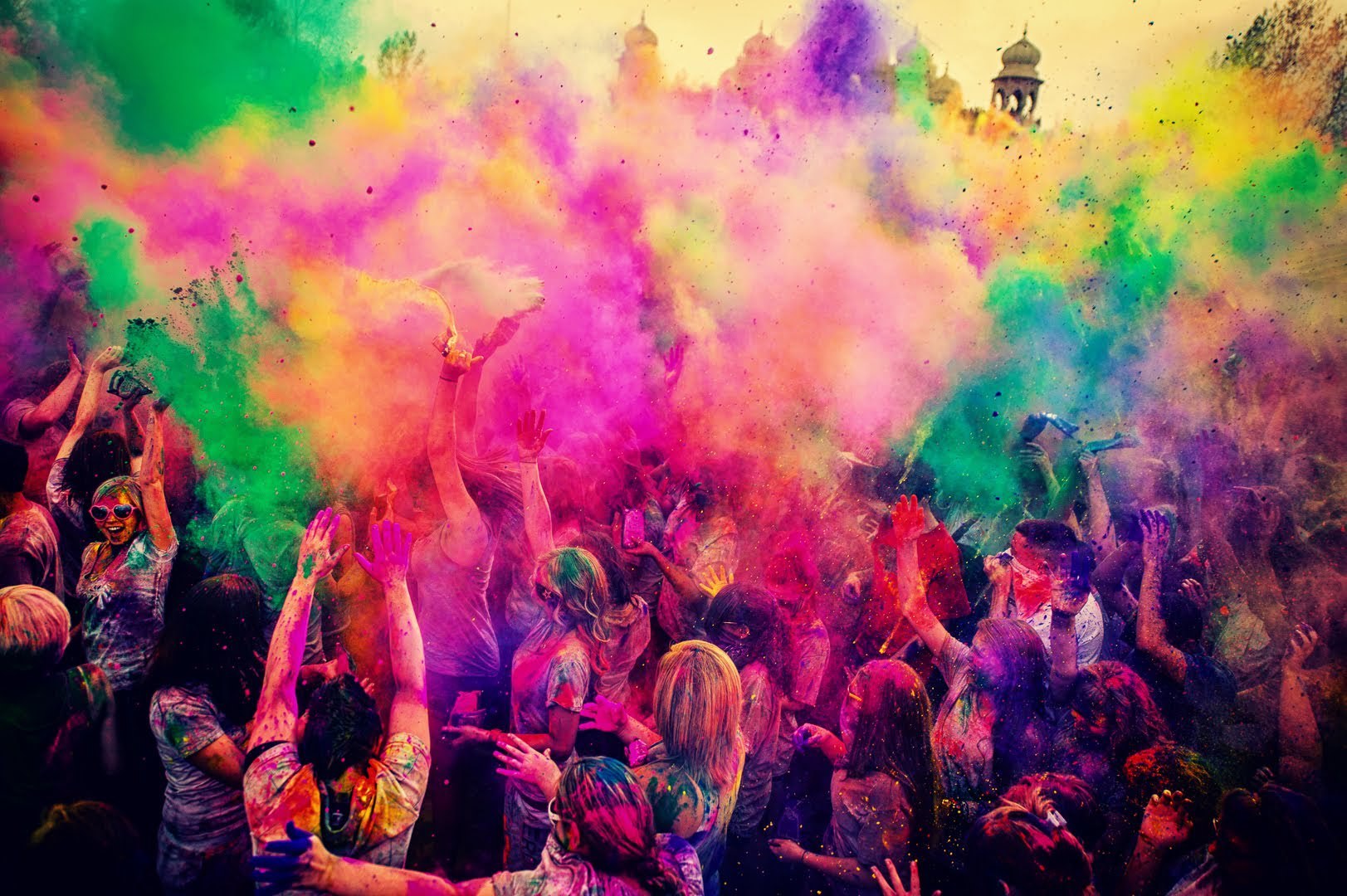 Colourful, joyous, cheerful – these are the adjectives which are aptly associated with Holi, one

of the most important festivals in India. Holi, the festival of colours, is celebrated on a grand

scale across the length and breadth of the country. On the day of holi, the whole of India

represents a beautiful picture that is riot of colors. The faces painted with myriad colors are

a cynosure to the eye. The festival is associated with fun and frolic and the preparation for it

starts well in advance before the festival day. The festival also marks the onset of spring, a

different parts of India are discussed below:

Bengalis celebrate Holi as ‘Basant Utsav’, which literally translates to Spring Festival in the local

language. The locals celebrate the festival as a way to welcome the new season; people of

all age group celebrate with great fanfare and they make merry by singing, dancing and the

hymns in Shantiniketan. Another major highlight of Holi celebration in Bengal is Dol Purnima.

other parts of India, Holi in Bengal is celebrated in a very dignified manner. A procession of

Lord Krishna and Goddess Radha is taken around the local area, where the idols of the Gods

are decorated in a grand way and are placed on the palanquin.

Just like any other states in India, people of Maharashtra associate Holi with colors and they

celebrate it as ‘Rangpanchami’. The festival is very prominent among the Koli or fishermen

community in the state. On the day of the festival people join the celebration with others

and play with colours. A day before the festival a bornfire is made, which in a symbol of the

demoness Holika. The effigy is burnt to symbolize the victory of good over evil.

True to their bold personality, the Sikh community in India celebrates Holi with grandeur and

elan. In Punjab, Holi is known as ‘Hola Mohalla’. People celebrate by shouting on top of their

voices in a very peculiar and rhythmic way. Men exhibit their strength and power by playing

kushti. As the sun begins to go down the celebration takes a different turn as people play with

North. Though, it is not celebrated in a grand way it is quite interesting and charming in its own

way. In Andhra people celebrate Holi as a way to promote communal harmony. People of all

age group participate in the public merry making and play with dry colors. The youngsters seek

in their family. The Banjara communities from Andhra Pradesh celebrate holi by performing

Just as the festival itself is colorful, the celebration too is colorful across the country. It spreads