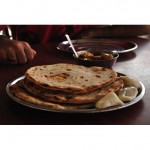 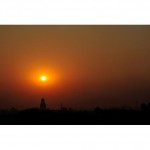 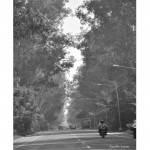 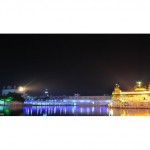 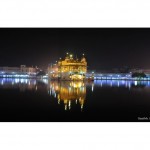 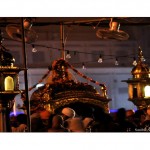 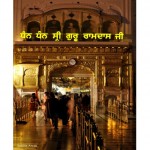 Amritsar is and has been, one of the few special places in this world that take one’s spirit to the next level. It is often said that the journey is more intriguing than the destination itself, and this was no exception. Not taking anything away from the destination at all.

It was the nature of the journey which truly brought out the best in us, (and also the 6 to 7 red bulls that were more of a necessity than a luxury.) Our journey started at 7 am on a busy Monday morning in the heart of our Capital. With the directions required to get us to NH-1, we wriggled past the ever-growing traffic, trying to get out of Delhi at the earliest. Delhi border was clogged but as soon as we hit Murthal, the Swift started to show its true power. We went into cruise mode and before we knew it, we were close to Karnal. A meeting with a dear friend posted in Karnal and a typically heavy Punjabi breakfast at Zhilmil Dhaba with parantha’s and bricks of butter concluded our first major halt.

Music is the best companion on a road trip and after that heavy breakfast, an essential one as well. Appreciating the music from Coke Studio, discussing future prospects, the pros and cons of joining an NGO full time and of course our non-existent love lives, we reached Ambala. From there, there is one route going towards Chandigarh and another which goes Amritsar via Ludhiana. We got on to the road to Amritsar.

We thought we were covering good ground and soon reached Ludhiana. Later we realized, we hadn’t taken the bypass and hence spent enormous amounts of time to cross the city famous for its Mercedes. Haveli, the famous 5 star Dhaba in Jalandhar was our next stop. We had been craving makki ki roti and sarson ka saag with lassi. The sunset over Jalandhar was just brilliant. As we were approaching the holy city, the double road shrank to a single one and the tour buses reminded us of call centre cabbies. We cruised along, with an invective here and there. A night out for the famous Amritsari fish, kulchhas, mutton tikkas like we’d never had before and some of the best sized and cooked chicken we have had in the longest of times made us make a mental epithet: Amritsar – Food paradise. The long day concluded with some kulfi faluda, which was the cherry on the cake. It was a long and tiring day but all the same, a good day.

Note: Best place to have mutton in Amritsar- Surjeet Dhaba.

The next morning, awake at 3 AM, we went to the Darbar Sahib to see the bringing of the Guru Granth Sahib to the main darbar in a decorated Palki. The nagaras were blown in all their glory while hundreds of people were trying to share the honour of carrying the Palki. The very sight of the Golden temple is enough to take anyone’s breath away. Once inside, all that is outside becomes irrelevant and one can actually sense a holy aura purging your mind and soul. Note: For all planning to carry tripods inside, please don’t. It isn’t permitted. On completing our Darshan after the Ishnaan we headed out to have tea at the Langar.

We were off at about 7 for Chandigarh.

As the sun rose and somewhat lifted the smog that the city was under, an after effect of Diwali, we were making good ground and made our pit stop at Haveli again, had paranthas and lassi for breakfast, Red Bull for the onward journey and off again. This time our route was a bit different and we reached Chandigarh via Nawanshahr, a shorter, smoother and by far a more scenic route to take. Though it was not a double road, the absence of any potholes whatsoever and the guard of honour given to this road by the tall, lush green trees on both sides made the drive a special experience.  The pictures are in Monochrome because it just somehow made more sense. We were in Chandigarh by around 12. We simply crashed after lunch. Our friends in Chandigah were insistent we meet them, and we were more than happy to oblige. Tequila shots to begin with, a nice scotch or two and one more tequila shot for the road. An awesome evening with old friends and new, reminiscing ‘the good old times’ and making plans for new memories.

The next morning there was no way we were leaving without a hearty breakfast. Just as Willie Nelson’s song goes, we were ‘on the road again’. The journey back was a bit more subdued probably because of the exhaustion or maybe we had already discussed thing. This time our pit stop was at Savoy greens, for a large cup of much needed Costa coffee and packed some burgers from McDonalds. Feeling a bit hungry later, we realized we had left the bag on the bench where we had got a picture clicked with Ronald McDonald. Damn Ronald. Fighting through traffic now instead of cruising, and a bit edgy with road rage and hunger, we were in a hurry to get back home, eat something, and rest.

At the end, even though there was nothing special about the trip, yet it was so very special.

PS: Most of these pictures are from a moving car at 80km an hour so please forgive the composition.